I do a lot of shopping at a small village store known for their meat and deli department. For some reason I have an aversion to buying such at the big grocery stores. Why is this? I guess it’s that I trust the village store to sell me quality and for the 27 years of shopping there they have never had a “recall”. This store also served as employment for our 2 sons when they were in high school and still hire a very young staff. Excuse me, but I could, if not careful, get off the reason for this writing. I want to talk about manners or lack of.

The subject is brought to my attention nearly every time I step out my door. I want to tell you that I don’t go with that thought on my mind or “looking for trouble” but there it is!

On a recent trip to the Derby Store, I parked, got out and almost immediately started gathering stray carts. I can’t tell you why but I feel a need to move them from the random areas they have been left. I guess some of the reason is the parking lot is small and it is hard to park with carts taking up space and I have to admit it annoys me that people won’t take an extra minute to put their carts out of the way of others. On this day, I got to the doors with all the stray carts. I need to tell you that the doors are not automatic open. Well, I was having a bit of trouble pushing the carts through the door, when I noticed two young people behind me. Get the picture – 2 people about 20-25 years old, looking very physically fit waiting for an “older woman” to push carts through the door. Now, “the rest of the story”. They saw the situation and (quick thinkers that they proved to be) went in the exit door which gained them a quick entrance and avoided having to wait or help me! Oh, I’m sure their elderly, sick mother was waiting in the car (with no heat) for them to pick up some chicken soup and get her home to bed! Maybe they weren’t raised by a mother but by wolves. Isn’t there a story about that very thing? By the way, I watched them and they were getting a deli sandwich. Well, that explains their behavior. They were hungry. All is forgiven!!

At first I thought that the lack of manners was only in some young people but sadly it seems to cover all the age groups. All this said there are some very mannerly people out there and if you are one, I personally thank you and ask that you pass it on to your children, grandchildren and great grandchildren, friends, neighbors, and car enthusiasts. We can win this. For me, I’ve got carts to gather and maybe I’ll review my copy of Emily Post.

Before I sign off, thank you Gary for printing this, thank you members for reading it and a big Thank You VAE members for pushing in your chairs, picking up your empty cups and plates and finding the recycling bin! 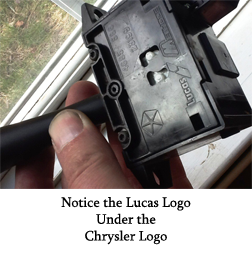 Absent any questions this month, I’ll tell the tale of a recent repair to my Chrysler minivan. I have had problems with the Body Control Module for the past few years. The BCM is the “brain” of the vehicle, and it’s function is the control of all things electrical in the vehicle. This part is vehicle specific, and stores all the vehicle data, such as the mileage on the odometer and the Vehicle Identification Number.

This problem first presented itself with the wipers, lights and door locks randomly going on and off, regardless of the switch positions. This would happen whether the key was on or not. I was always able to “fix” the problem by rebooting the BCM. Rebooting the BCM is accomplished by disconnecting the battery overnight. Simply disconnecting the battery for a few minutes or a few hours would not work. Sometimes the battery would have to be disconnected for a day or two for the reboot to be successful. After a successful reboot the repair would usually last for several months, but the problems would always reappear. Recently, the wipers and the low-beam headlights ceased to function. I suspected the BCM, but a re-boot did not yield a fix. I checked the usual suspects, fuses, relays, bad grounds, etc. I quickly determined that there was no power going through these circuits. I thought I should check the wiper stalk, which is also the high beam/low beam switch. Imagine my surprise when I took the switch out, and discovered the Lucas Electric logo stamped on to the switch. You know, Joseph Lucas, Ltd. Birmingham, England- the punch line of many a joke about the poor reliability of English cars.
This switch actually tested out fine, so the BCM was once again suspect. Remember, the BCM is unique to the car in which it is installed. Even If I was lucky enough to find the same year, make and model van in a salvage yard, the BCM still holds the identity of the car it is built with. The VIN number and mileage are both stored in the BCM. The cost of a BCM through a dealer costs well over a thousand dollars, and the part needs to be programmed to the vehicle at an additional cost.

A google search proved to be quite productive. I found an outfit in Michigan that has identified the weakness in Chrysler BCMs and rebuilds them with improved components. All they need is the year, make, model, mileage and part number on the BCM, and they send you a rebuilt BCM already programmed for your car. While not cheap (at $250-including shipping…) it is less than a quarter of the cost, better quality and much faster turn around time than the dealership.

What did I learn from this experience? With today’s cars, there is less of a difference between foreign and domestic cars. With world wide vendors supply-ing the OEM parts market, there is no telling what you will find. I was stunned to find a Lucas switch in a Chrysler minivan.

It also pays to use the Internet when doing automotive repairs. Finding the outfit in Michigan that repairs Chrysler Body Control Modules probably saved me over a thousand dollars. 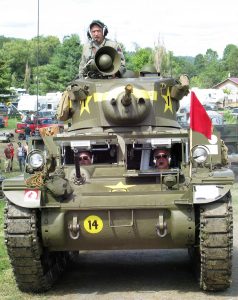 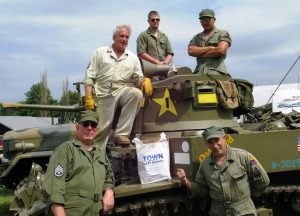