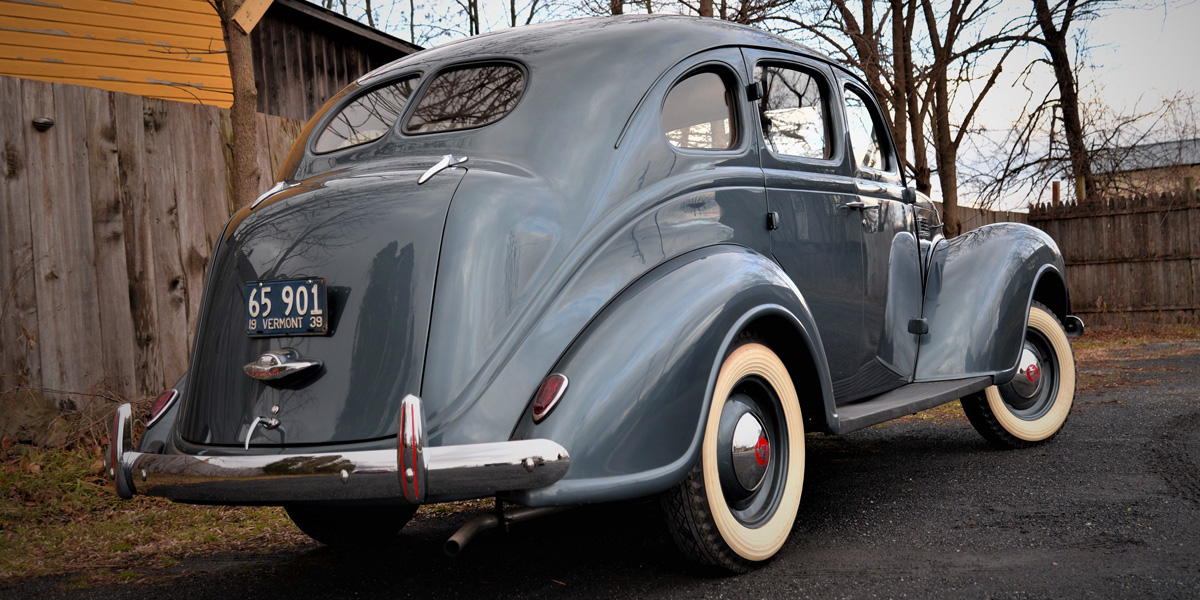 I never intended to own a ‘39 Plymouth.

It was happenstance that wed me to this car.

During the summer of 1998, I attended a car cruise in Highland, NY and struck up a conversation with an attendee in an all original, low mileage 1937 Dodge. At the time, I was looking for parts for my ‘37 Dodge ½ ton and thought this gent may be aware of some part sources I was not familiar with. Turns out he did not. But he did point me to the widow he bought the Dodge from and said she had some parts for sale.

Later that summer my Uncle William and I arranged to meet the widow at her house to see the cars and parts she had for sale. Turns out her recently deceased husband restored cars for a hobby and had 10 or more cars in various stages of restoration when he passed away. She had sold all of them and their parts but one. She was unable to sell this last one. None of the buyers were interested in it. You guessed it, the unwanted leftover was a ‘39 Plymouth.

It was partially disassembled, had delaminated glass, a destroyed interior, a dented trunk, missing running boards and who knows where all the parts were…and it was a four door.

Well, we looked the car and parts over and determined there were no parts that could be interchanged between that ‘39 Plymouth and my list of parts needed for my ‘37 Dodge. We thanked the widow for her time and began to walk away. She stopped us and asked me if I would buy the car. I explained I had no interest in it and I could ask around and determine if I can find a buyer for her. We thanked her again and walked away.

My uncle and I were about to leave her long driveway when she yelled, “Wait!”. We turned around and she asked if I would take the car for free. I replied that the car and parts have value and I would help her try to find a buyer and that, again, I had no interest. She then explained to us that she no longer had the luxury of trying to find a buyer for the car and parts. She further explained the buyers of the house (we did not know the house was for sale) would not schedule a closing date until the “junk” car and boxes of “junk” were gone from the property. And she did not want to pay someone to take the car and boxes of parts away.

That was twenty five years and five homes ago.