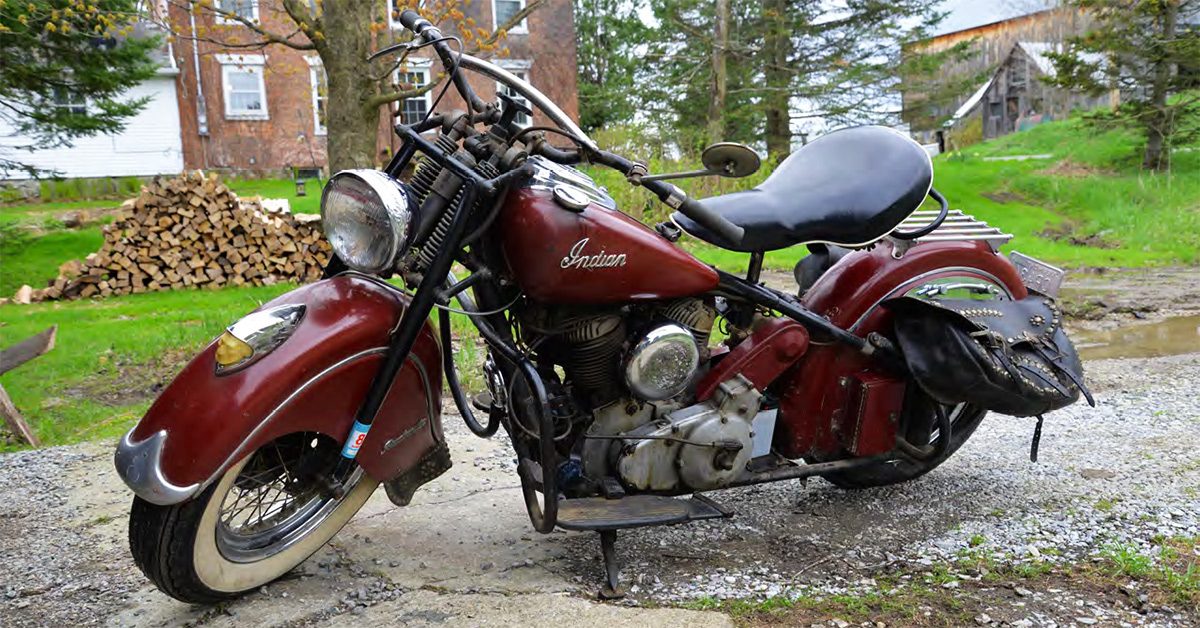 For as long as I have known him, my friend and neighbor, Dallan Baker, has owned an all original 1948 Indian Roadmaster motorcycle. That’s at least 30 years and I only recall seeing him ride it once. When he recently mentioned that he wanted to sell, I found it merely interesting. I’m not a motorcycle guy so the thought of buying it didn’t immediately spring to mind. I did ride a little motorcycle briefly in the ‘70s but I gave it up. Unfortunately, I was going around a corner at the time. However, the idea of owning this wonderful piece of motoring history did gnaw at me. I finally made him an offer which I thought was reasonable and better than any offer he had had at the time. We are both very happy with the results. 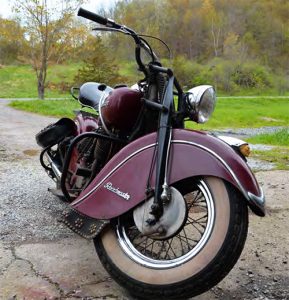 It’s great to acquire something like that which comes with plenty of provenience information. The first owner, who bought it new in the Springfield, Vermont area, put 194 miles on it before he took a spill and then put it in his bedroom for the next 10 years. Dallan, who was 18 at the time, bought it from the deceased owner’s estate in 1958. He rode it regularly until he went into the service a couple of years later. We don’t know the actual amount of mileage on it now because the speedometer drive gear has been broken for a while. The odometer now reads 5,413 miles. Owning it is one thing, learning to ride it is another. Wendell Noble

Editor’s notes…… A nice phone conversation with Dallan Baker uncovered a few other details in the life of this Indian. Asked if he had ever taken a spill on the bike, Dallan recalled a day when he was a passenger while his cousin was slowing down on wet pavement to enter his driveway. A little too much rear brake was applied and they went down. He recalled how his cousin jumped up, pulled the bike back on its tires and quickly pushed the Indian into the garage. All the time leaving Dallan lying, unhurt, in the middle of the road. He guessed he might have put 15,000 miles on the bike, with his longest ride being the 300 miles from Arlington to Essex and back one day many years ago. He had done very little to the bike during the time he owned it. The seat was changed to allow room for a passenger. Before that, the passenger sat on a blanket on the fender rack with one foot resting on the kick starter and the other on a part of the frame….that was where he was when his cousin hit the rear brake too heavy. He also said because the bike had sat for 10 years when he bought it, the engine compression was very low. He had the engine overhauled with new rings and etc. 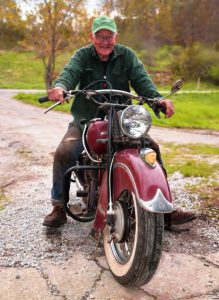 And where does VAE’er Fred Gonet of Proctorsville fit into all this? Soon after Wen-dell purchased the Indian, Fred got word and was anxious to make his way North to see it…..he has this huge “thing” for Indian motorcycles. In the mean time Wendell and Dal-lan had spent some time unsuccessfully getting the bike to run. Fred did come North and found the main culprit was a bum condenser and the bike was soon making it’s beautiful sound.

The bike controls are…. Left hand throttle, right hand spark, left foot clutch and right foot brake. When asked, Fred explained how to stop at an intersection with your left foot occupied and not tip over. It goes like this….You hold the brake with your right foot, the clutch with you left foot and keep the bike from tipping over with your 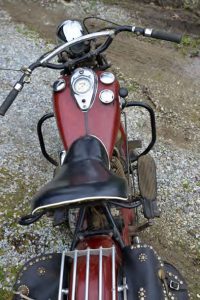 The Indian Chief, built in Springfield, Massachusetts by the Hendee Manufacturing Co. and the subsequent Indian Motocycle Co. from 1922 to the end of the company’s production in 1953.

The Chief was Indian’s “big twin”, a larger, more powerful motorcycle than the more agile Scout used in competition and sport riding.