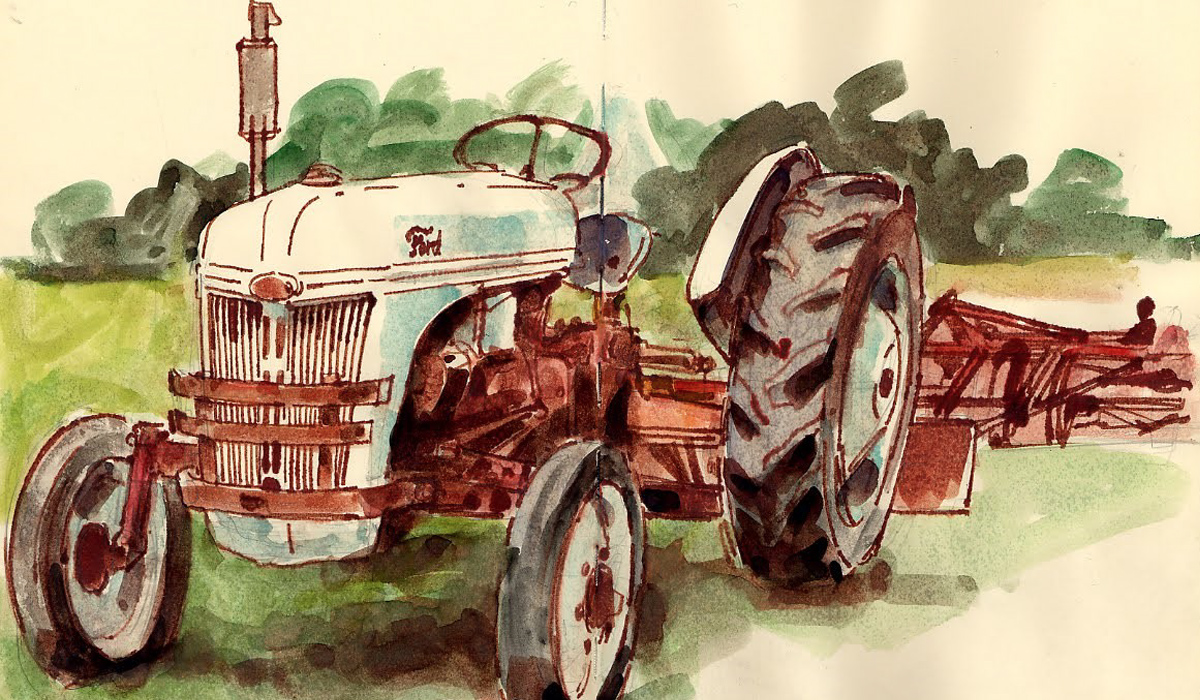 First there was the 9N, then the 2N and finally the 8N. Our history and the history of at least one of the 350,000 N-tractors made, have most likely crossed paths at some time

When the idea of doing a story on the iconic Ford N tractors came to Wheel Tracks, the idea seemed great and the task seemed easy. Who does not have one of these tractors parked in their barn or retired to the stone wall, out back? We could find only two N-tractors, are they that scarce?

Two N-tractors were found in our roster and one more revealed itself from the Wheel Tracks request in the April issue, which has resulted in two short stories. With our stay-at-home rules, the front page came from published pictures, Our photographer could not travel.

A coincidence did happen! On Wheel Tracks dead-line day, when our man with a camera had to make a trip to the village. There on a deserted main street, was a live 8N. A gent from Hinesburg had just purchased it in Montgomery and was heading home. The poor little Ford, pictured here, seemed to struggle under the weight of its over-sized bucket burden. Hopefully, it was heading for a nice new life, in the big city!

Al and Judy Faust, of Winterport, Maine are long time VAE members and started coming to our August show 40 years ago. They, along with some neighbors and friends, in their old cars, make their way to the Vermont show every year.

One of the two N-tractors in our roster is Al’s, a 1948, 8N Ford. Al said it is a “working tractor”, not pretty but ready to go anytime day and night. Its main job is unusual, it is used mainly to mow orchards of Chestnut trees. Al is the chapter president of the “Maine American Chestnut Foundation” and that is why he purchased his 8N about 12 years ago from an Uncle Henry’s classified ad. The tractor has had a few repairs over the years, a change from 6 volts to 12 and an engine rebuild. Al has used a brush-hog in the orchards in the past and this year will be changing to flail-chopper, in the hopes of better getting through the narrow rows without causing damage to the trees.

The picture here, found on the net, is a Chestnut orchard in Maine, that Al and his Ford might be mowing this summer. The foundation sells seedlings and is the go-to group for advice on how to start your own Chestnut orchard. Just type www.acf.org/me into your computer, and see the great work the Maine chapter is doing.

The second Ford N tractor was found in Eden, Vermont. Ken Kelly has a 1952 8N that he purchased in Barre. It worked for him for 39 years until he semi-retired it 2 years ago. It raked, tilled, cut hay with its cutter bar, scraped with its back blade and brush-hogged faithfully over the years. Ken said he could think of only one task his 8N was not quite up to and that was bailing hay, but it tried. The bailer was just too heavy.

Another tractor has taken over the duties of the 8N but Ken believes only one turn of the engine with the starter, and it would be ready to go back to work, any time.