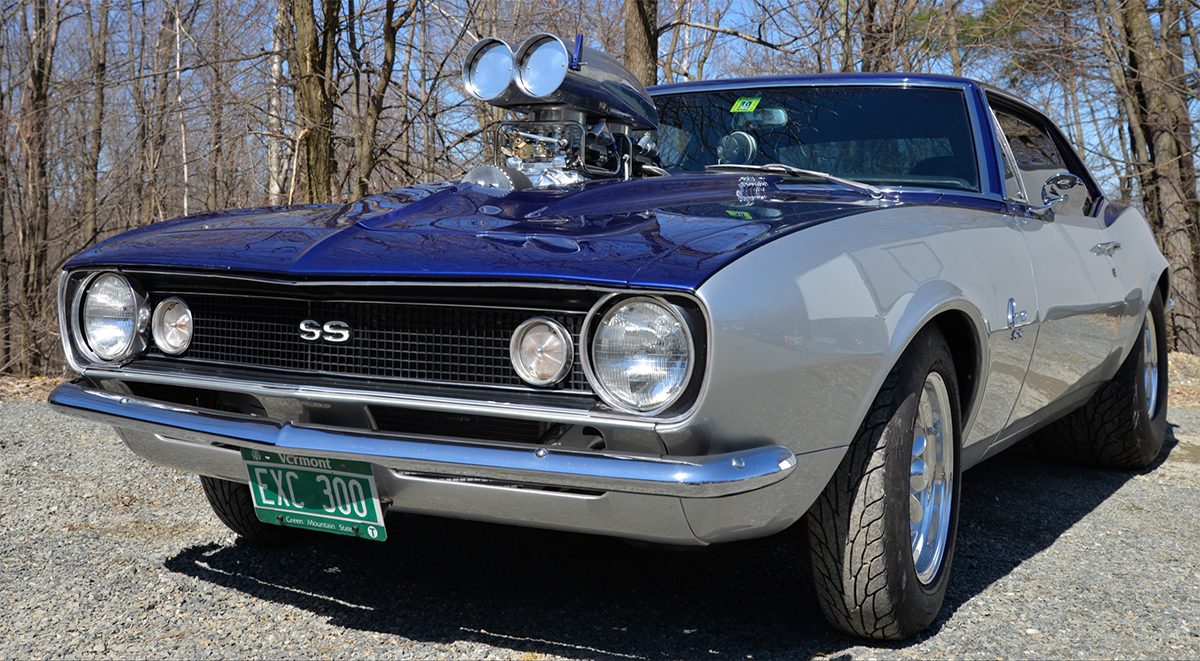 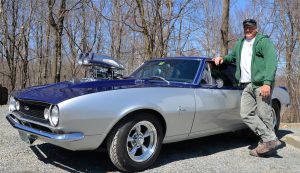 A few in the VAE have heard about John Johnson and his Mountain View Auto Body & Sign company in Sheldon, Vermont.

If you see the logos on our show trailers, they were made in John’s shop. There are also some beautiful member vehicles that have departed John’s shop ready for the show field. 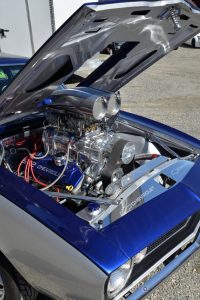 This ’67 Camaro had been a “full dragster” in its earlier life. A quarter mile in the 9 seconds comes out about 150 MPH, and this Camaro had a reputation of beating most anything that wanted to go up against it. John says the car was showing its bumps and bruises when it came to him in 2005. A worn out paint job, a weird painted figure on its side and fist-bumps on its roof where maybe the former owner was teaching the SS to behave…. It also had no engine or firewall and the inside was gutted. You can see in these pictures what John has accomplished. His attention to detail is abundantly clear, all the way to the 100 hours that was spent to redo the hood into exactly what he wanted.

Superchargers were originally built for aircraft during WWII. Essentially, it is a large pump that compresses air and forces it into the engine’s air intake resulting in a horse power I increase of 50 to 100 percent. John has a supercharger that produces 9 pounds of boost on top of his 502 Chevy engine and when he wants to, he can produce HPs in the 700 range. Having a supercharger means it will not affect the engine’s reliability, longevity, or fuel economy under normal driving conditions but when you want to press your right foot down, all hell is let loose! Wheel Tracks has just learned about the term “Pro-street”. John’s Camaro is street legal and at the same time if he wants to do “some screaming”… the car is ready and willing. A “double barrel shot gun” is what they call the supercharger air intake that you see on top of the engine, another one of those terms an old antique Dodge and Franklin guy might never use. 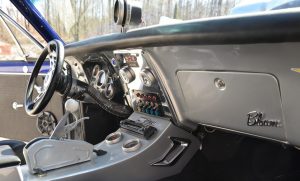 The SS was about a two year project from ‘05 to ‘07 and John can still show you items he wants to add or change. To allow the engine to be as low as possible the mounts were special made. A Dano 60 rear-end was installed along with a whole new rear suspension system to accommodate the extra power. The paint job is a work of art, and all one can imagine is all the work unseen, when you walk up to a car like this……and the work continues.

There is a possibility we will see this Camaro at the VAE/Shelburne Car Show on Father’s Day Weekend. Another Camaro that has come out of John’s shop is the one you see on Wheel Tracks (page 16), the McDermott Camaro. Mark “Blue” McDermott will have his beauty at the show along with many others that have been invited. We see these wonderful ‘finished’ automobiles, and Ernie Clerihew & Don Perdue, hopefully, will have a surprise for us at the Shelburne show. The show’s co-chairs have found a true “barn find” ’67 Camaro for the show that will demonstrate the amount of work involved when we use the word “restoration”. 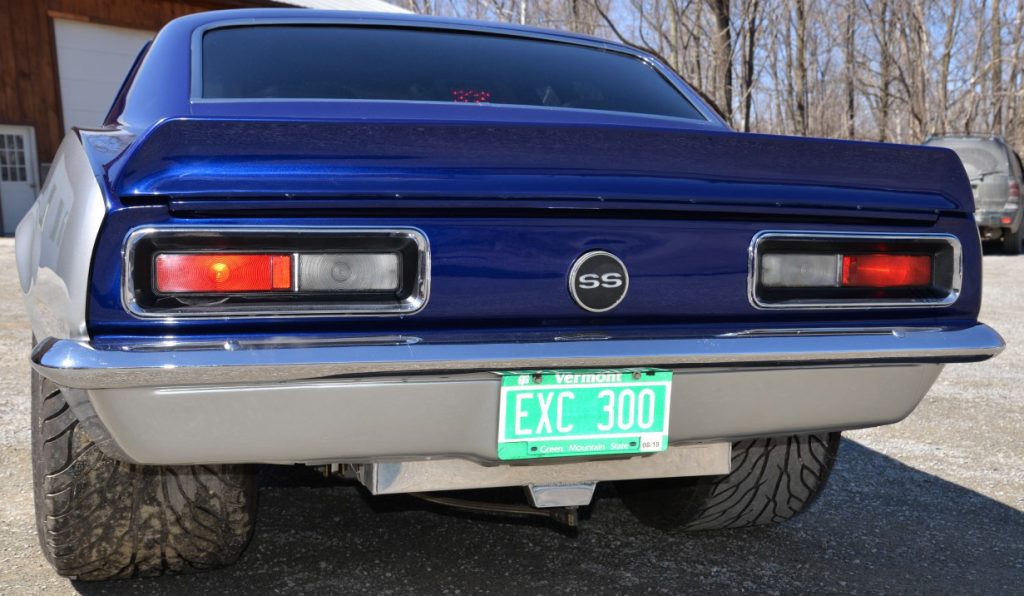