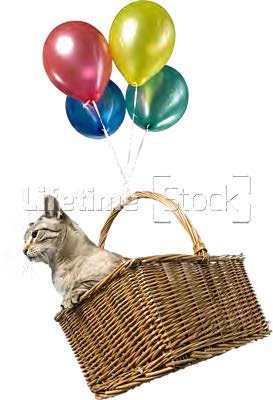 I do not know about you, but I ‘hate’ to lose something.

I would rather drop it and see it run over by a bus (or in my case, an antique car would be more likely) and know its whereabouts and thus know what happened to it. The other is to give it away, I love giving things away. Gary had a grandmother that you had to watch what you said to her or you could go home with several items from her house. All you needed to say is, “oh grandma, that is so cute, I love it”. It would be in your bag as you left. Much to the envy of the other relatives, I might add. Though I might say I have seen her generosity used for someone’s’ benefit, too. But you can read that in my memoir someday.

When I was first married, I ran to the Grand Union and did not take my purse. I carried a $10 bill in my hand. When I got to the register, it was gone. I re-traced my steps but to no avail. There was one person, who I thought was keeping a close eye on me, and I always thought that I had dropped the money, and he picked it up, and was watching me to see my reaction when I realized I couldn’t pay for the items I had picked up. Probably more likely he could see how cute I was (1972) and wanted my phone number. Never found out any of it! Was it the money or my looks -probably neither!

I lost a ring when I was 8. My mother had given it to me, and I was going to get my initials engraved on it but lost it before that could be done. About 3 years later, a neighbor girl and I were playing, and I noticed her hand. She had a ring that looked exactly like my lost one. When I mentioned it to her, she said, ‘it probably is yours, I found it in my yard where we always played dress-up’. She gave it back to me but about a year later I was helping my mom throw brush over a bank and the ring came off – never to be seen again but I guess in this case I at least know where it is!!

This brings me to a lost item that you may know about, my pie basket. I could buy another, but the reason it means so much to me, is my dear friend of many, many, years did a painting on the lid.

It is of apples and is done with a technique called Tole Painting. I have had it for almost 50 years.

I have searched everywhere I could think of and asked countless numbers of people if they had seen it. I even searched the cupboards of the church in Waterbury, in their fellowship hall, because I know I have sometimes taken it there, with my contributions to the lunch, for ‘show and tell’. I admit I ‘kind of’ accused my oldest son and his wife, Kate of having it under something in their garage. Like I should accuse anyone of having it under something in their garage (have you seen the Olney garage lately)?

Gary Fiske put an ad in Wheel Tracks a few times, thank you. I have gotten ‘over’ the ring and the $10 but could not seem to let go of the pie basket and just hope that someone was enjoying it as much as I.

The other day my son Josh put on Facebook that he was collecting winter coats and boots at his store in Orleans, Vt. You could bring them in and donate or if you needed some items, you could pick them out and take them home.

I went into a closet where I knew I had some extra coats. I found 1 jacket I had been looking for, 3 jackets to donate and low and behold my PIE BASKET!!!!

How did it get there? The Olneys have people that come in when we are away and move things around. That is the only explanation I have.

My suggestion to each of you (with 4 fingers pointing back at me) is to give things away. That way you will not lose them, damage them or have them become mice food. There will also be less for the folks who come in and move things around when you are gone! But the big PLUS, you get to see the smile on the receivers’’ face.