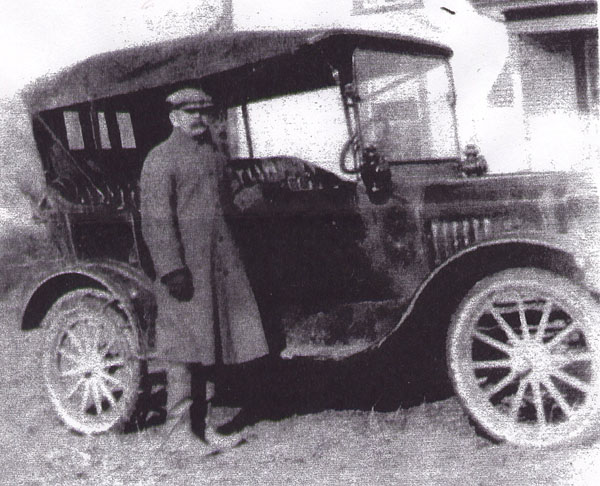 Herbert was Marvin’s grandfather and Marvin sent along this great picture of Herbert with his 1919 “T” Ford.

Marvin writes… “I have a snap shot of him and the “T” when it was near new. Scrap drive of WWII was the end of that Ford. My cousin and I played in it when I was a wee lad out behind the barn. My family settled in on the Long Point part of Ferrisburg in 1792. They moved from Bennington. Does this make me a real Vermonter?

Being on the lake, they sold “cool” to the blacksmiths, and later sold gravel to the railroad. The Ball family was one of the first to sell leases to campers at Long Point. My grandfather had several farms and two wives but not at the same time. On one farm he sold gravel to the town for years. The old timers would do anything for a nickel and lived well, back then. Others in the family had sawmills in Charlotte and Shelburne.