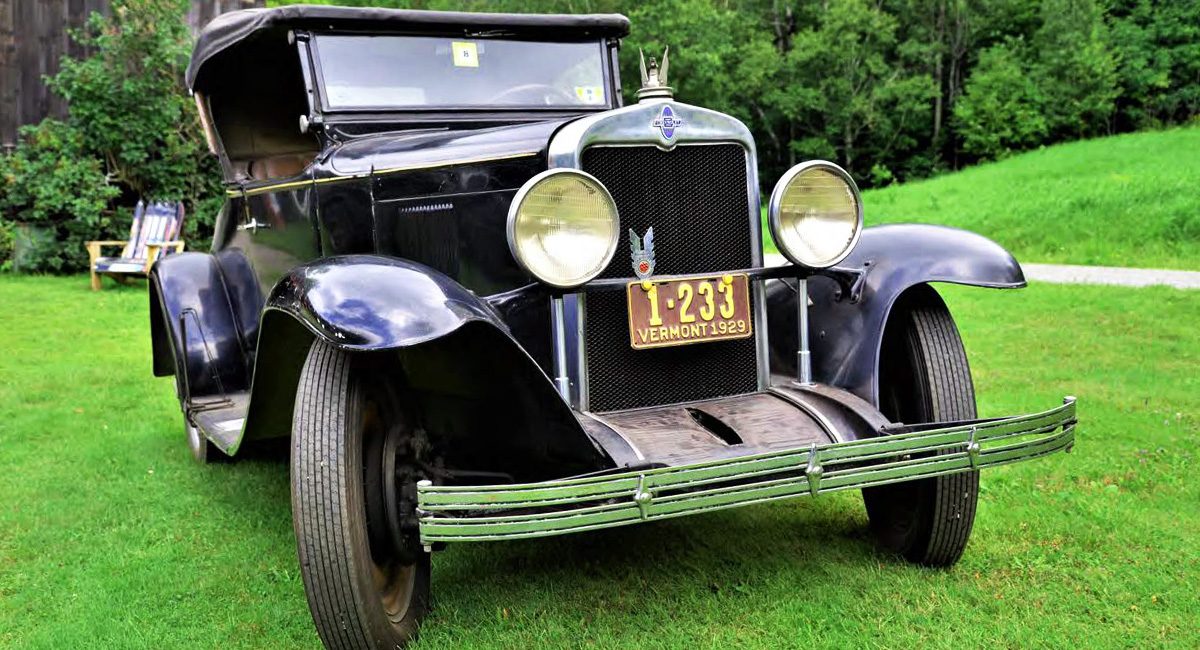 Gael died a few weeks ago and left these un-answered questions and thousands more. Just focusing on the Chevy, can any of you help with the car’s history? The car is now running, thanks to Fred Gonet and Wendell Noble’s recent work.

The bill of sale has lead to an obituary of Frederick Earl Rambo passing in 2008 in Saginaw, Michigan. Mr. Rambo left his wife and three sons, so there might be some roadster history found there, with some research.

What work was done to the engine? How long did Gael drive the car before starting the engine work? Why did he choose to purchase a Chevy roadster?

Wheel Tracks has called and talked to or left messages to many VAE “old-timers” and the car remains a mystery.

This is what we know about the Chevrolet Corporation’s 1929 model automobile. From the “Standard Catalog of American Cars”……

The 29 model Chevy had a more rectangle radiator shell with an up-right “bow-tie” logo at the top. There were fewer vertical louvers on the hood side panels and placed toward the rear. For the first year, there were one-piece full crown fenders and bullet-type head lamps. The rumbleseat sport roadster was a mid-year addition to the line. Which makes Gael’s roadster, with a huge trunk, an early 1929 model. 27,988 2-passenger roadsters were built that year.

The engine is an overhead cam inline six with a cast iron block. Brake HP is 46 @2600RPM. There are three main bearings, solid valve lifters and a Carter one-barrel carburetor. The Chassis’ WB is 107 inches.

There is a manual transmission, straight cut gear with 3F/1R. A single plate dry disc clutch, with 4-wheel mechanical brakes. All ’29s had disc wheels.

Advertised as “A Six for the price of a Four”. MPG approximately 19