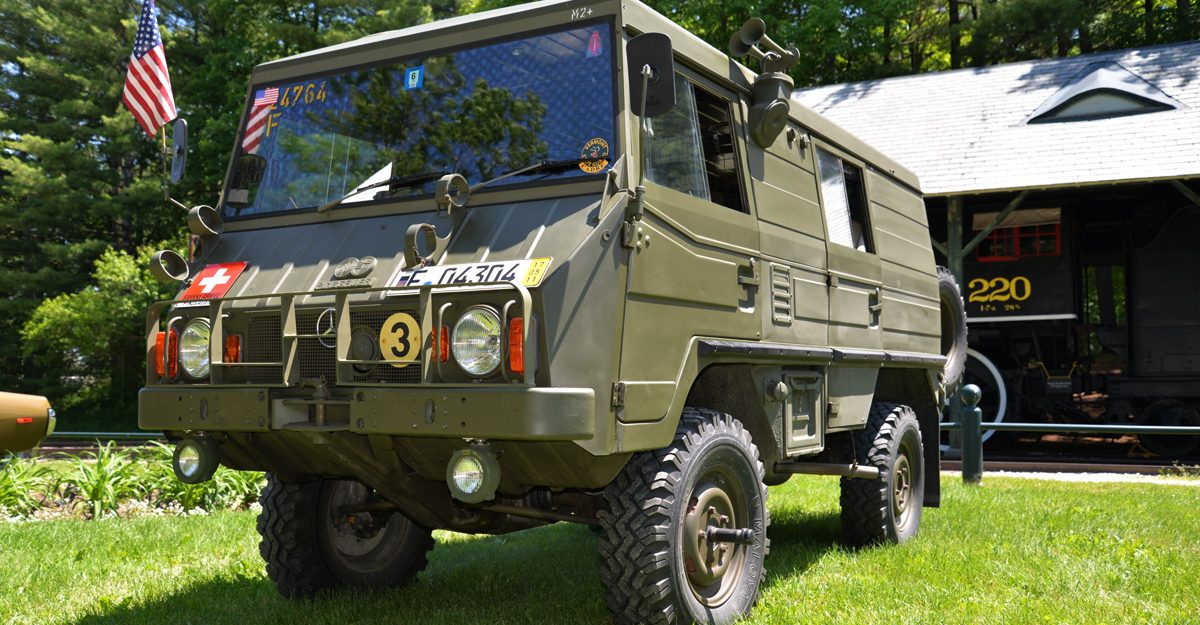 Hank is a VAE Member and also a member of the Green Mountain Military Vehicle Club. 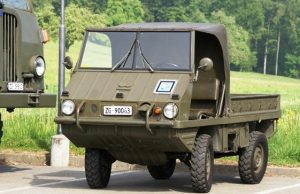 In the beginning… it was an Austrian Haflinger. The Haflinger was a series of 4×4 light utility vehicles, produced by Steyr-Puch. It was designed to replace the WWII era American jeeps. The Haflinger vehicle is named after a breed of Austrian horses, that are small, but well-muscled and energetic. The vehicle was produced at Graz in Austria. Production commenced in 1959 and ceased in 1975. Over 16,000 of these light utility vehicles were made. It was widely used by the Austrian Army. 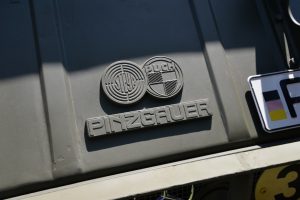 The Pinzgauer was developed by Steyr-Daimler-Puch of Austria as the successor to the Haflinger of 4×4 vehicles. The first 4×4 Pinzgauer’s prototype, powered by a 2.5-liter gas engine, was produced in 1965. Series production commenced in 1971 and ever since then, the Pinzgauer series has been a major Steyr-Daimler-Puch product. The baseline Pinzgauer 710 had 4×4 configuration. It was soon joined by a Pinzgauer 712 with 6×6 configuration. The 6×6 model was first revealed in 1968 and entered production in 1971-1972. The Pinzgauers first entered military service with Austria in 1973. Another major operator was Switzerland. By 1985 over 20,000 had been produced, nearly for all military users. 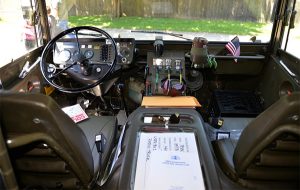 From 1983 onwards the gas-engined Pinzgauers 710 series and 712 series were joined by turbocharged diesel-engined versions, the so called Turbo D range, which in most respects were overall improvements on the earlier models. They are known as 716 series (4×4) and 718 series (6×6) and have longer wheelbases, disc brakes and increased fuel capacities. Other features such as automatic level control systems, that enable the superstructure to rise or fall, to suit the load involved also became available. Since 1986 the original Pinzgauers were replaced in production by the improved 716 and 718 series vehicles.

Wheel Tracks first spotted the truck during our Appreciation Picnic on Farr Field in the Spring. Before the camera and note-book was readied, the truck and it’s mysterious owner was gone…… All inquiries came up negative, mainly because the right people were not asked. Then the odd looking truck turned up at the train station at our Shelburne Show. The GMMVC new all the time! 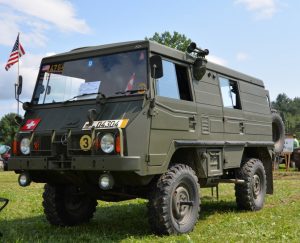 Hank Baer is the owner and Pinzgauer is his ride. Hank purchased the truck just a few years ago and the vehicle has become his main “go to the show vehicle” since then. It is set up as a communications vehicle and even short-legged folks, like the editor, can have a ride….note the hike-ups sticking out the front axel. The gas engine has four cylinders, is air-cooled and produces 90 HP. It weighs just over 2 ton and can carry an additional ton with a highway speed of around 70 MPH.

A Salute to Our Fellow Vermont Club….GMMVC

Membership in the GMMVC plugs you into Vermont’s statewide military vehicle restoration community. You don’t need to go at it alone! The annual dues of $20 gets you on the meeting minutes mailing list, discounts on club activities, and a fancy membership card autographed by Bob Chase! GMMVC welcomes new members from all walks of life, without regard to age, sex, religion, ethnicity or taste in paint color. The only prerequisite is an interest in historic military vehicles. It is not a requirement to own a vehicle (although we bet you will sooner or later!) Over 10,000 Military vehicle enthusiasts are involved in this same hobby nation wide. This group of people has informally developed an international camaraderie. GMMVC is a registered non-profit corporation and does all its work and events with volunteers.