A few days ago, I was rummaging about in the cellar, looking for something, and I came across my X-C skis. They are the old wooden kind that you had to wax every time you used them depending on the weather and conditions. I also found my bamboo ski poles that I had used occasionally, when the ice replaced the snow in the yard. Then, there were my old shoes that I could never fit into now! 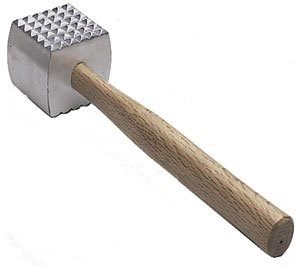 Over the next few weeks I started to think about all the X-C skiing that I once did. Mostly here in town, with friends, the kids or the dogs, on ski trails or bush-whacking here on our property (before the era of cell phones, horrors!) I recall one specific winter when we had purchased an old VW bug from a neighbor. It was orange and beat up enough so that a few more dents or scratches didn’t make any difference. A good car for us! For a number of years a friend and I ran a Bill Koch ski club here in town for kids and we would meet every Saturday at the local school. From there we would ski all over, on ski trails that were in existence everywhere then. Somehow, we managed to fit three to four people in the VW along with our ski equipment. No big deal! One particular Saturday, Gael was getting ready to drive to Florida to visit his brother and the kids and I were getting ready to go to the Bill Koch Club to go skiing. Gael’s parting comment went something like this… “If the car won’t start, crawl under the car and hit the starter with a hammer”. No problem. It sounded easy enough. Gael leaves and we get into the VW. It won’t start. So I crawled under the car and looked for the starter. I wasn’t sure what I was looking for, so I called a neighbor who came over and we proceeded to crawl under the car together with a hammer. He showed me where the starter was, hit it and I crawled out, got into the car and it started. Whew! I thanked him and we drove off to our skiing afternoon. 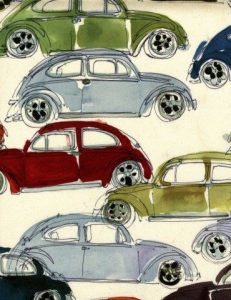 For the next few weeks, I carried a blanket and a hammer in the car and had to use it quite a few times, but it always worked. I also dis-covered that, with a push from someone or something, I could usually jump start the car that way. Another reason for having kids! If I had to venture out of town to the grocery store, I usually took our son and quite often a friend of his with me, just in case! I would park in the grocery store parking lot in such a way that, with a push from the two boys, the car would start. It usually meant that the boys would have to go into the store with me, but we separated when inside, me to get the groceries and them to do something to kill time. One time I happened to see rolls of toilet paper being tossed over isles and I know they had found something to amuse themselves. I don’t remember what happened to that car or what replaced it. It might have been another VW bug with the driver’s seat on a piece of plywood or a Saab that came from Joe Kaelin. Both of these cars have unique stories to go with them. I’ll save those for another time.

I don’t know if you take reader’s responses to articles, but Nancy’s article brought back vivid memories of sliding down the “Mary Fletcher Hospital” hill in Burlington. We used to go down to Sears on Church St. and get cardboard washing machine boxes, pile in 2 or 3 of us and blindly bomb down the steepest part of the hill, trying to see if we could make it all the way to Colchester Ave. and possibly get run over. Ah, the good olé days of being put out with the dog and told “don’t come back till dinner time!”