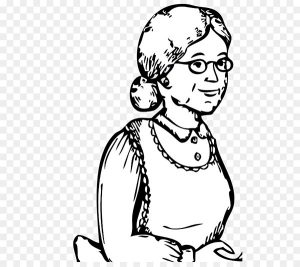 As I ‘mature’ it seems that I become more aware or should say irritated with things happening around me, i.e. the idea that school should start an hour or more later in the mornings, to allow our children to “get more rest”, and thus they will certainly do much better in school. Poppy cot!! What is keeping these children from going to bed at a reasonable hour? I fear it is TV, iPods, computers, tablets, smart phones and NOT reading, homework, household chores, or even a job. Let me say here that I am sure there are some out there that do work or have household responsibilities that prevent an early or even reasonable bedtime hour, but I believe this is the exception and not the rule. 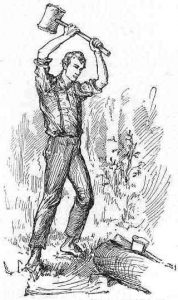 One of my concerns is that every generation (for the most part) are getting ‘softer’ and it will manifest itself in ways that are not good for us or them. I am part of the problem, as I expected less of my children than was expected of me. I am sure my brothers and sister didn’t think so at the time, but Mother expected less of us than what was expected of her. At age ten she took over as chief housemaker for her Dad, 3 older brothers and 1 younger than her. She cooked, cleaned, did laundry and went to school. Because she was 10 and not very tall yet, her brothers made her a box to stand on, to make rolling pie crust easier! Now wasn’t that a nice gesture? She never talked about it as a burden, in later years, but something she did because it was needed. My 2 brothers were up in the morning at 4 or 4:30 to go to the barn and help feed and milk the cows, home about 6 to bathe (so they wouldn’t smell of the barn) and still had a mile to walk to catch the bus for school, only to reverse the process when school was out. Walk home, change clothes and back to the barn. Did I mention that the bathroom time was scheduled, so 5 of us could get in and out on time with only 1 bathroom, to some, this would be third world conditions! And believe it or not, there were some people at the time, that didn’t have that in Athens, Vermont in the early 50s.

It was barn work that I threatened my boys with, when they were young, if they complained about doing some chores. Also, just an update, my brothers graduated from school, got jobs (now retired) and survived their early years just fine. I don’t know if they regret it, but I feel bad they didn’t have time for the school sports, etc., that most have access to today and wouldn’t want that to change.

Have school start later? Not in my opinion. Make it mandatory that children work 6 months on a farm; definitely! You can’t know what work is until you do some.

Is Grandma’s opinion popular with her grandchildren? NO WAY! They are thankful I am not raising them, and I am not their school teacher, but I do hope that there will come a day when the 4 of them are sitting around camp swapping stories and they decide that Grandma had a lot of things ‘spot on’.