Skip to content
It might be assumed that many old car “enthusiasts” probably see, and at least scan, Hemmings Motor News on a fairly regular basis. You may have caught the ad in the July issue on the top of page 501. Some person at a ten-digit phone number was offering a Heine-Velox for sale. The ad says it’s a 1921, 148” wheelbase, one of five made and it is “to restore”. He’ll trade for pre-war cars or trucks. Interesting ad. Heine-Velox – it sounded familiar somehow but how? 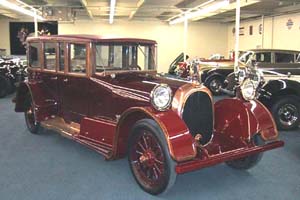 Memory (senior moments aside) and some research recalled that the Heine-Velox was an early example of hydraulic brakes by Lockheed and probably why the name was a little familiar. Sort of like Rickenbacker, Jordan and some other early “juice brake people”.

But – the Heine-Velox story itself is really a lot more interesting than Lockheed brakes. It seems like the Heine Piano Company of San Francisco was doing well in 1903 when its owner got the car bug and became one of the first Ford dealers on the west coast.
In 1904 he added “Queen” to his agency and announced that he would build a car of his own design as well. In the next couple of years he planned cars priced from four to eight thousand dollars (what were his Fords selling for I wonder?) Actually he did manage to build and sell a few of the less expensive ones – and planned a big production run of 50 cars for late 1906… now called the Heine-Velox.

God stepped in and the great San Fran earthquake wiped out his plant, production and plans. The piano factory was lost as well and Mr. Heine went back to the key product, rebuilding the piano factory but having set aside his auto interests.

Time passed and it was now 1921. The Heine-Velox returned. This time it was no Ford or Queen… or even the earlier Heine-Velox. The new version was a 12 cylinder by Weidely to Heine specifications on a huge 148” wheelbase. Not only big… but this was an expensive car. The sport model was priced at $17,000 with the custom built versions priced up to $25,000! Wow – this was 1921 and the US was struggling with post war depression. According to the Standard Catalog of American cars only 6 of these giants were produced… a sporting Victoria, 3 sedans and an unfinished limo.

Mr. Heine gave away these cars… never keeping one for himself – he probably couldn’t afford it. In 1923 the Heine-Velox company was dissolved.

And now… here is a Heine-Velox in Hemmings on page 501. You could trade a pre-war car or truck and have an example of the most expensive American car offered for sale in 1921. If it were the sporting model it would be the biggest 4-passenger car offered as well. Boy… would you look slick at Shelburne and Stowe. Could the Hemmings car be the only “sport model”? Do you want the phone number? As May West said… “He who hesitates is last.”

Another motoring moment brought to you by your old car club.