Having worked in medicine for 50 years, I have had many opportunities to listen to patient’s stories concerning their health, family, friends, the town, the State and the Federal government. Some have a lot of incite and some not so much, but we listen and many times I am so taken back by what I am hearing. Some of the stories are just horror stories, others are sweet, loving things that have happened to them, but later you realize that for the most part almost every story helped form this person. I must say that some-times you say to yourself, ‘how did they get this far?’. Where I am trying to head is to not form a judgement on a person from how they act or talk or what you hear about them. We have no idea that the lady who cut in line with not a glance or apology, has just got-ten a report of a serious health problem or the rude person who cuts you off and steals your parking space has just been laid off from their job. There are a million reasons why people do or say what they do, rough day, rough morning, bad report card, forgot your wallet, left late, break down and on and on and on. 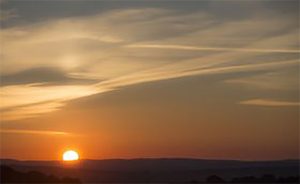 I have been talking about the negative but you do run into some positive people. The negative occasions you remember, and these are where I would like you to give them a break. I was reminded of this when a group got together recently and while passing through a certain village, remembered the time they were having lunch and this “mad woman” came in the establishment ‘spitting fire’, obviously something they had never seen before or since. I would gather they would not want to see this again! I would have loved to have been there, to hear all the reasons they could give, why this poor distressed woman finally seemed to be on the edge or maybe a little over.

She had lived this event for weeks, made meals, and chased grandchildren and was left behind because someone else was late and she had to ‘fix it’ and then catch up in an area she wasn’t familiar with and maybe, just maybe she had the wrong instructions, but don’t think she hasn’t thought a million times if ‘he’ said it, she must be wrong. So, if you were there, cut her a break and forget it. Remember the other times when she is the only woman to show up and smiles and acts like she is enjoying herself. If you weren’t there, let that little lady cut in front and just smile and realize she probably must get that milk home to her loving children. Of course I am also open to the fact, the little lady can spot a sucker when she sees one!

In closing, if I were that ‘witchy’ woman which I want you to know for sure that I’m not or wasn’t, of course I wasn’t even there, was I? If I was, you’d remember, wouldn’t you? Oh! Just walk a mile in my shoes!!