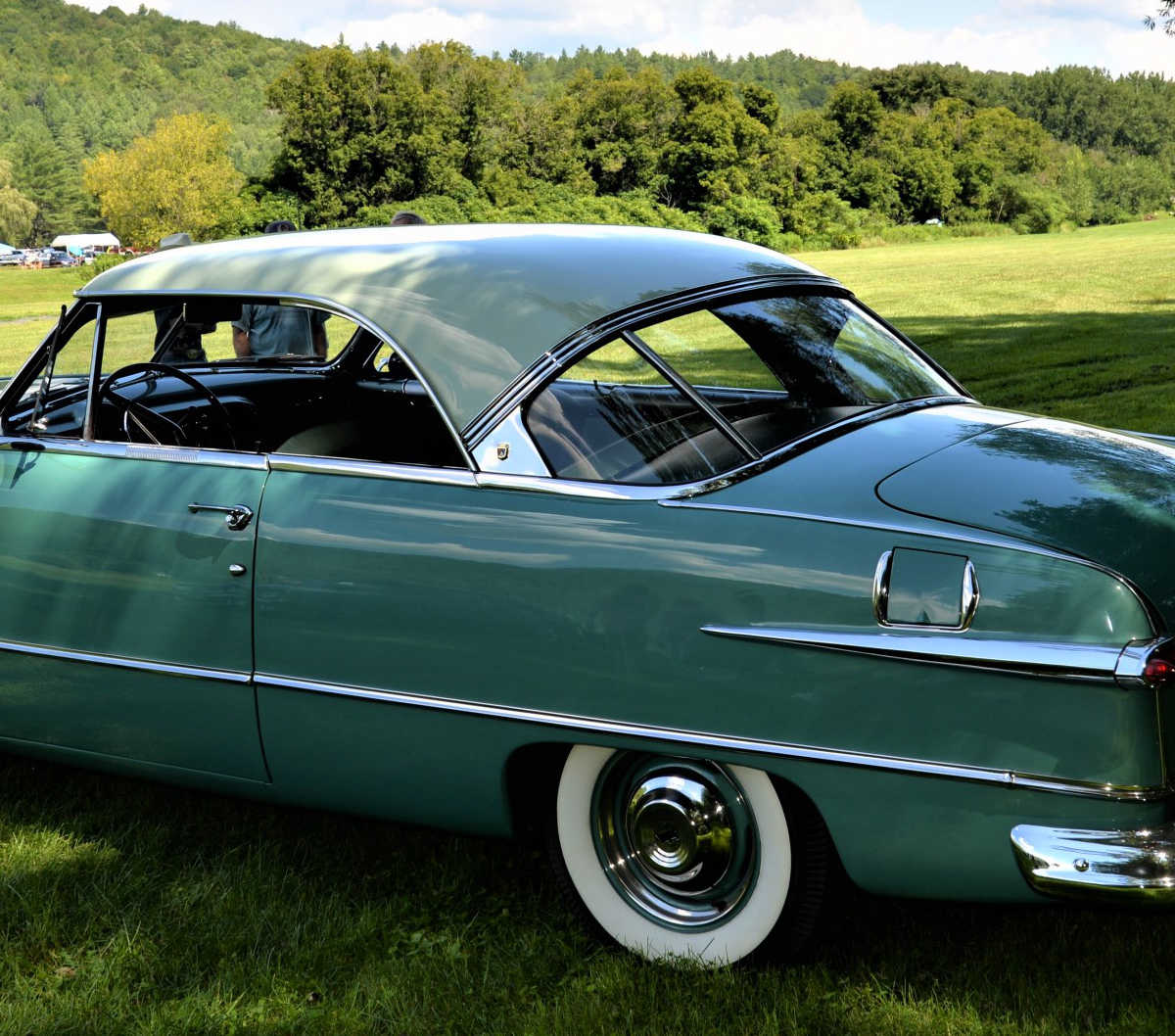 Allan Wright’s 1951 Ford Victoria is almost 70 years-old and has 80,000 miles on the odometer…..but, if you look closely, the car is in better shape than when it came from the factory.

After a complete professional restoration and winning a number of national awards, Allan was able to purchase this Ford “Vic” from its owner in Manchester Maryland in March of 2017.

Wheel Tracks met the car, and its owner for the first time during the club’s “Flash Parade” on the 8th of August.

The 1951 Ford Custom Victoria was Ford’s first hardtop, offered only in V-8 guise. It appeared in the last year of the 1949 styling generation.

Styled by Gordon M. Buehrig, who originally worked at the Auburn-Cord-Duesenberg plant. When he came to Ford he had just left the Loewy team at Studebaker.

A plus for this 1951 top-line model was the debut of Ford’s optional self-shift Ford-O-Matic this year. The war and being required to

basically stop all domestic automobile production from 1946 through 1948, the 1949 Ford is credited with saving Ford. It ushering in the modern streamlined car design with changes such as integrated fenders and more. This design would continue through the 1951 model year, with an updated design offered in 1952.

When Ford began this line in 1949, the engine was moved forward to make more room in the passenger compartment and the antiquated “torque tube” was replaced by a modern drive shaft.

Competition from GM and Chrysler great and in some ways the new design in 1948 was rushed into production. One example was the door mechanism design. It was found that the doors could fling open on corners. In the 1950 model there were some 10 changes in the door latching mechanism alone. Ford easily out-sold GM and Chrysler with assembly plants in six locations; Dearborn, Michigan  Chester, Pennsylvania Long Beach, California Saint Paul, Minnesota Australia Singapore, Malaysia.

Allan Wright first put eyes on this car at the AACA Hershey car coral in October of 2016. From talking to him, he decided at that time, he wanted this car. Like most of us, we go to Hershey with a little stash of cash, but need to do a little “banking” for the bigger purchases.

So, Allan decided to give the owner a call when he returned to Vermont, after the show. When he did, he found the car had not been sold and better yet, the price had decreased! After making arrangements to travel to Maryland and most likely bring the car home, he had a small health problem and had to cancel the trip. Then came time for their normal wintering in Arizona, so the Ford Vic was put on the back burner.

While poking through Ebay the following February, Allen “found” the Victoria one more time and decided it was an omen he could ignore no more.

Another plus…the price had come down even more.

He then flew to Vermont in March (2017)to get his truck and trailer and headed south. The trip was rewarded to find the same beauty he had seen in Hershey four months earlier. He had to go through some winter weather on his trip back to Vermont resulting in a complete ice covered Ford on his trailer, but he successfully stored it in his garage and escaped back to Arizona to wait out the Vermont mud season.

Allen’s Ford has not been to our August car show in Waterbury yet, but watch for it in 2021. It is a beauty!