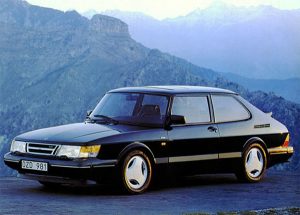 The distributer in my 1987 Saab 900 Turbo recently broke. Even though it is a Bosch distributer, it is no longer manufactured and parts are not available. This distributer was only used on model years 1986 and 1987. I was able to find a used one; however, several people suggested I upgrade the engine to the later fuel in-jection and ignition system.

Saab continued to use this same basic engine right up to the end, and the engine was updated to coil on plug ignition and an improved fuel injection/engine manage-ment system. By upgrading the engine, the engine performance was significantly improved, as was engine efficiency. I have been told to expect an extra 6 miles to the gallon, and an extra 40 horse power with the change to the later components. Another benefit is OBD 2 engine management. Diagnosis and repair of problems is easily handled with a universal OBD 2 code scanner, no more dependence on a Saab Tech II code scanner.

To make the change, I can either take the components off a newer Saab, or buy a conversion kit. The process involves removing the distributer, coil, electronic control module, and the various electrical components and installing the newer components with some extra sensors. Many cars from the 1960’s through the early 1990’s have engines that continued in production through the evolution of modern engine management. Upgrading these engines to modern engine management could be a fun project, with great rewards.